This weekend I had guest here in Oslo, Norway. So I showed them around to different sights here in Oslo. And one of these places where the Kontiki museum. The museum is about the Norwegian adventurer Thor Heyerdahl and his expeditions around the world where Kontiki is the most famous.

During the Kontiki expidition Thor and his crew build a wooden raft in balsa wood and sailed it for 100 days between South America and Polynesia in order to show that the people from Polynesia came from South American and not Asia.

The position took place in 1948 and during this expedition the crew at Kontiki documented the entire trip. It all ended up in a documentary that later won an Oscars Award for best documentary in 1950. A documentary that I really could recommend.

The expedition has also become adventure and history movie of a bit more fictional type but still based on the true events and story of reality. That movie where released in 2012 and is also a move that I would recommend.

Here is a link if you would like to visit the museum or get more information about it.

http://www.kon-tiki.no
Here is a photo from the visit yesterday. 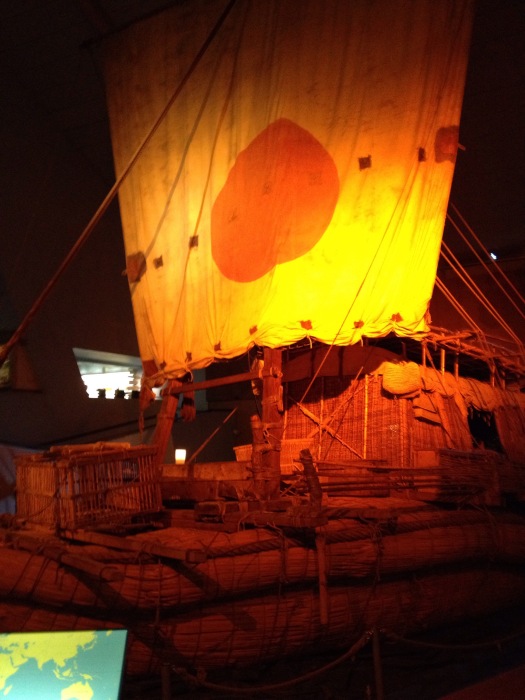